QuadraTENS was designed in 2006 for medical and dental applications. It is a dual-channel, ULF TENS that is equivalent to the BioTENS. Two channels allow you to relax two sets of muscles simultaneously.
However, the QuadraTENS also provides a “burst” mode that produces an increased contraction without the additional “shock” inherent in the single high amplitude spike that is required to produce the
equivalent degree of muscle contraction. The burst mode has been optimized to increase the effectiveness of ULF-TENS, especially when applied to larger muscles such as the trapezius.

An optional pair of electrodes placed bilaterally on the posterior triangle of the neck allows for stimulation of the eleventh (XIth accessory) cranial nerve, which contains the motor fibers to the trapezius and the
sternocleidomastoid muscles. Alternatively, the electrode pair may be placed directly over the motor point of the trapezius or at any other electrode site.

Due to the 28 millisecond delay between channels, the QuadraTENS completely eliminates cross-over current between channels and provides a masking function that is very useful to patients that are sensitive to craniofacial TENS stimulation. Unlike drugs, ULF-TENS therapy has no side effects (nausea, tiredness, dependence, etc.). In the past twenty years, many clinicians and patients have found TENS therapy to be remarkably helpful in managing facial, head and neck pain. 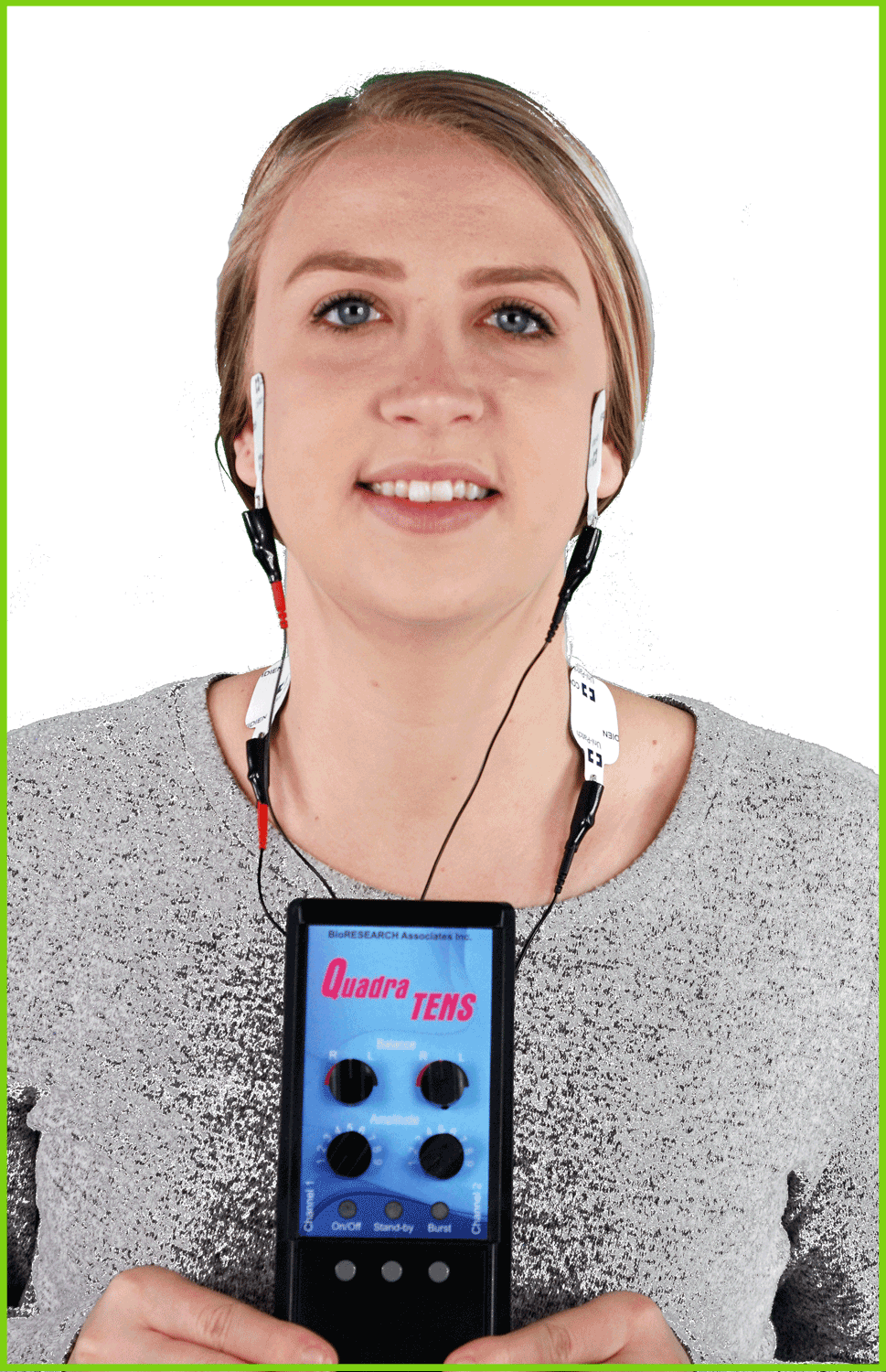